Walking Through The Pages

Yes, I’m doing another tag. Because you know what? I can only write so many reviews for Bookish Fridays before I feel like I’m starting to bore you. So then I do one of these tags to hopeful un-bore you(?). With this week? The Your Bookish Identity Tag – yet another tag which I first came across on the awesome Dreamland Book Blog!

1. What dystopian/fantastical world would you live in?

No doubt about it, I want Harry Potter! Even if it’s just a remote part of the wider HP-universe!

2. Who would your partner be?

I’m hoping someone like Luna Lovegood or Neville Longbottom. Realistically? I’d probably be one of those people pissed at Harry Potter for constantly ruining ordinary school life :p

3. Who would be your godly mother/father? [Percy Jackson]

I would love for it to be Athena, just because of all the wisdom…

4. Would you be a downworlder or nephilim? [Shadowhunter world]

Seriously? Not a clue. Really, I just don’t know…

5. Which house would you be in? [Harry Potter] 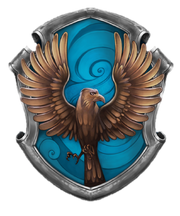 6. Which faction would you be in? [Divergent]

I don’t even really remember the names of the factions? The ones that were always dressed in grey, that Trish was originally in, probably. Either that or the one her brother went to – the blue ones with all the books I think?

7. What would be your daemon [Northern Lights]

Now, this question honestly got me excited because I love the His Dark Material-series. Seriously. As for what my daemon would be? I’m thinking probably some sort of animal that is quite shy but has a big bark. Also, one that likes staying inside all the time. So… A cat? Maybe?

Actually, why don’t you let me know what you think my daemon would be? And while you’re at it – be sure to let me know below what yours would be as well! If you haven’t done this tag yet, feel free to now consider yourself tagged, and have some fun with it!

52 Goals Final Round Up

Random facts about me

Thanks so much for stepping by!
I'm Saar, a self-confessed book-addict.
Whether that be fiction, syllabi or endless to do-lists? You can usually find me walking through the pages.